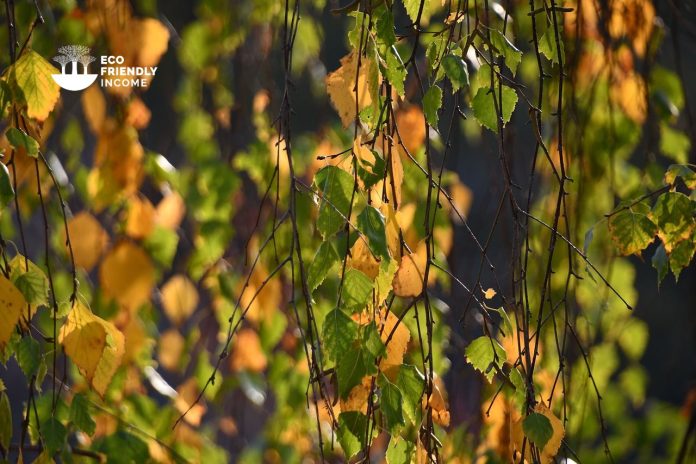 A field guide on how to identify and propagate Yellow Birch (Betula alleghaniensis), a hardy zone 2 tree that is native to eastern North America.

Yellow birch leaves are elliptical to egg-shaped, have a doubly serrated margin, and grow in an alternate arrangement along the stem.

Yellow birch bark has a smooth, yellow-brown outer surface that often has horizontal lenticels (spaces that allow for gas exchange).

The bark is thin and papery and can be easily peeled off the tree in strips or curls.

The inner bark is yellowish-white and has a spicy, wintergreen scent.

Their catkins are small, yellow-green, pendulous clusters of flowers. They are cylindrical in shape and measure up to 2 inches long.

The flowers are arranged in pairs along the length of the stalk and are covered in tiny yellow-green scales.

The tips of the catkins are often curved, resembling a squirrel’s tail.

You can see catkins appear on the trees in mid to late spring.

Yellow birch typically is found in a variety of habitats, including mixed hardwood and coniferous forests, swamps, and wetlands. It is also common along stream banks and in other moist areas.

In the northern part of its range, it is often found in association with sugar maple, beech, and hemlock.

Yellow birch provides food and shelter for a variety of wildlife species.

It is an important food source for birds and small mammals, including squirrels, chipmunks, and rabbits.

Its bark is often used by birds for nesting material. Its leaves provide shelter from the elements and food for deer, snowshoe hares, and other small mammals.

Yellow birch also provides a source of nectar for butterflies and bees.

How to Propagate Yellow Birch (Betula alleghaniensis) by Seed

The best method to propagate yellow birch is by planting its seeds. It’s relatively easy since their seeds don’t need stratification!

If you can’t buy seeds online, you can harvest some yourself.

The key with yellow birch is to harvest the seeds just before they start flying around in the wind.

The best time to start picking seeds from yellow birch is about early fall in September & October.

They might be hard to reach, but if you’re lucky you’ll find a tree that’s fallen down or one with low-hanging branches.

To harvest yellow birch seeds, just use a bag and pull off the bundle of seeds from the strobiles into your bag.

They should come off pretty easily just by pulling them.

Do you need to stratify yellow birch seeds? The answer is no!

All you need to do to germinate birch seeds without stratification is to immerse them in water, then place them in a well-lit area.

Results can vary depending on the batch, fresh seeds have a higher success rate than seeds stored for too long. You should see seed germination within a week, and peak germination at the two-week line.

The best propagation medium for birch seed is a mix of sand and peat.

Personally, I have gotten great success propagating them in small plastic propagators with vented lids.

Q: What is the difference between white and yellow birch?

A: The lower layer of the bark contains a compound that tastes and smells like wintergreen or root beer.