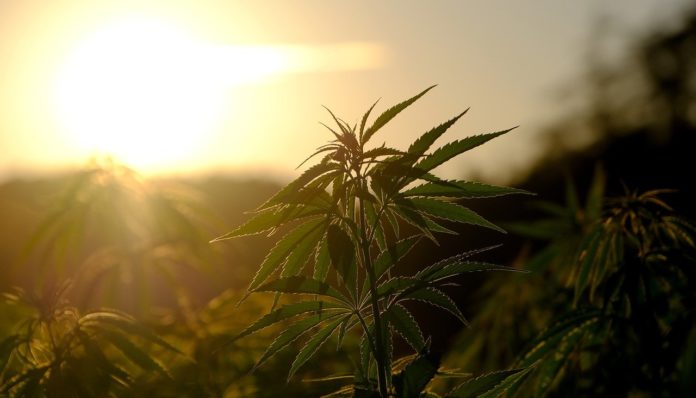 The world is finally giving a chance to this plant that they have so long turned their back against. They have realized that there are so many benefits of hemps that are just waiting to be used.

Many countries around the world are now legalizing its use. This is giving the chance for many new startups and old companies alike to explore its versatile portfolio. You’ll see with these facts about hemp that we’re now only scratching the surface of all of it’s uses.

We hadn’t been given a chance to do this before.

Hemp aka. Cannabis had been declared illegal almost 100 years ago.

At the time, many other drugs were being classified as dangerous, drugs such as opium, heroin, and codeine. Which all have a bad track record, it was unfortunate that cannabis was grouped up with them, the reason being, we knew very little about it.

In 2018 things are quite different, we know much more about it and I laid out for you what the internet’s been going on about these past 5 years. Here are some hemp uses and facts you can expect to learn from this short read:

What Exactly is Hemp?

Hemp is typically found in the northern hemisphere and is grown specifically for its industrial use. It’s a variety of the cannabis sativa plant species and is often characterized by its fast growth. It was one of the earliest plants to be spun into usable fiber, about as far back as 10,000 years ago.

Although cannabis and industrial hemp are both derived from the cannabis sativa plant and both contain the psychoactive component tetrahydrocannabinol, commonly referred to as THC, there are distinct strains with unique phytochemical composition and uses.

It’s a multi-use crop that exists and thrives in non-acidic well-drained soil. It’s mainly cultivated for seed, fiber, or oil. Its seeds are refined into several products such as milk, oil, ice-cream, grains, or flour.

It can be woven into attires, at times being blended with organic fibers like cotton and flax. These fibers can also be used in making paper, biodegradable plastics, and also wood.

Over 30 countries are involved in the production of industrial hemp. Main areas of growth include agriculture, textiles, recycling, automotive, furniture, paper, food, construction materials, and also personal care products. It is estimated that about 55,700 metric tons are produced globally boasting of about 25,000 products in its submarkets.

The Origin of Hemp

Its earlier uses trace back to 8000 BC in the Asian region, now modern-day China and Taiwan. The remnants state that Hemp cords were used in pottery and records show that hemp seed and oil were used as food in China. If for instance, its agriculture dates back to about 10,000 years ago, then it’s worth noting that hemp was one of the first agricultural plants.

Remains of Cannabis fibers and seeds have been recovered from archaeological sites especially near the Yellow and Yangtze rivers. Refer to the picture above for a representation of the approximate range of early hemp cultivation.

There was a various range of reasons why the ancient Chinese used the hemp plant. The bast fiber of the male plant was used to spin yarn and weave cloth since it was very resilient.

Basically, all of the Chinese societies, from the earliest known time in recorded history until the time cotton was introduced into China during the Northern Song dynasty (960 to 1127 AD), used hemp textile as the main worn clothing material.

How To Differentiate Hemp From Marijuana

It is important to note that hemp is different from the marijuana plant. Though from the same family, they vary with different characteristics.

Hemp is characterized by its fast growth as compared to the marijuana plant. It has long been a beneficial source of fiber that is used to make clothing.

Its fibers are used in the production of a variety of products. Its uses are vast ranging from textiles to food. In fact, hemp use remains connected with most household items and commodities. It can be used to make canvas boat sails, clothes, ship rigs fishnets among others. Here is a detailed content of hemp uses.

What are The Uses of Hemp?

Hemp health facts: It can be used in several recipes, you can have a look at a list here at Trinity’s Kitchen. A popular choice is salad oil which is made using hemp seeds, they have several health benefits worth looking into. Hemp seeds are consumed in the same way other nuts are consumed. For example, they can be added to cake batter to produce baked goods and is rich in fatty acids and amino acids that are essential to our health. The seeds can even be crushed to make flour.

This is one of the key uses of hemp. It is commonly used to produce oils and manufacture body lotions. It is a remarkable conditioner as it produces EFA content that helps in the regeneration of cracked and dry skin.

The oil from hemp is used to make candles, lanterns, and also paints. The paint has been observed to last longer with higher durability than normal paints. Moreover, hemp is non-toxic and environmentally friendly.

The hemp plant is rich in proteins. This is an essential characteristic that makes it unique. When fed to dogs, it supports healthy skin and coat while reducing certain inflammatory conditions. Moreover, it is used to make a nutritional supplement for nourishing cats, cows, and also horses.

Phys.org mentions it to make biodiesel and ethanol products. Being an eco-friendly product, the petroleum industry has been studying the use of hemp in fuel alternatives.

Clothes such as jeans, sporting clothes, lingerie, and other high fashion apparel can be made from hemp. They last longer and many of the celebrity clothing brands use hemp fibers. Brands such as Lauren, Armani, and Calvin Klein.

Plastic can be made from hemp, this gives it an Eco-friendly label since it’s derived from a plant and is biodegradable.

The production of hemp paper helps conserve the environment. It onsets deforestation by protecting wildlife and forests from exploitation.

Hemp cement uses minerals and core fibers that make it strong. The structures made from hemp products have a stronger resistance to harsh weather and are known to be long-lasting.

The Drawbacks of Hemp

Though hemp has several advantages, hemp products can also hold several drawbacks. It can be linked to some health issues if not properly used in the right quantities or for the right purposes.

Some of these effects include triggering paranoia. If used irresponsibly, in some individuals it can lead to hallucinations, considering the psychoactive ingredients present in marijuana can also be found in hemp.

Some of these side effects of seed oil

Hemp seed oil is known to be rich in fats like omega 3 and 6 fatty acids. Though they are essential to the body, their excess presence in one system can trigger cardiac conditions in one’s body.

What is the Importance of Hemp and its Products?

Hemp is a definitely sustainable choice as an Eco-friendly product. There are many reasons to put this point clear. Hemp possesses some unique characteristics, unlike other fibers. Here are some hemp sustainability facts:

So Is Hemp Eco Friendly?

On top of what was mentioned above, the Eco-friendly nature of hemp can also be reflected by its use in replacing paper production from trees to hemp plants. An acre of hemp reflects about 4 acres of trees. Hemp conversion to paper does not require a lot of chemicals hence making it a possible alternative to trees in paper production. This, in turn, will help preserve our environment.

Research mentions can be observed here at The Alternative Magazine.

Based on the above discussion, it is clear that hemp is Eco-friendly and its production can help avert various environmental setbacks by acting as an alternative to a wide variety of products.

Its variety of uses in a whole lot of sectors almost always replace a less environmentally friendly product.

It can help filter carbon dioxide if planted in large quantities thus providing a conducive environment.

Although most governments have serious restrictions on its growth and production, they are quickly considering legalizing it as it can be an alternative to other products that are environmental hazards.

Its products are strong and durable hence the best alternative for efficiency and better environmental conservation.

Now the question goes to you:

Out of all these hemp facts, which one was most surprising?